Learn to write strong dialogue without using adverbs or verbs to modify said.

Several years ago, I participated in a Visiting Writers Series class at Butler University that focused on reading and analyzing the works of writers and poets visiting the school or local Indianapolis area. (The class name was very literal.) As part of the class, I had the honor of introducing Elmore Leonard during his lecture at Clowes Hall.

I could tell you some more about the introduction (it was terrifying and wonderful and I almost threw up) but the best part of the experience was the pre-lecture dinner where myself and a couple of other writers spent time with Mr. Leonard and learning about his craft. We went to the Naked Tchopstix in Broad Ripple and he told us about the tattoos he got while serving during World War II and the importance of writing every day. What stuck with me from that conversation was his advice to never use anything other than said in dialogue. No adverbs, no adjectives, no verbs. Nothing. Just he said, she said, they said, we said, I said.

At the time I nodded enthusiastically because who was I to disagree with a writing god? Later on, as I worked privately on my own prose I felt the advice didn’t work. How is the reader supposed to know my, the writer’s intent, if I don’t use sarcastically, quietly, loudly, scoffed, growled, etc. when writing dialogue? I couldn’t make them guess–that seemed cruel and unproductive. So I pocketed the advice and continued writing dialogue as I always had: peppered with clues about my intent.

Recently, I re-read Strunk & White’s The Elements of Style and came across the advice again.

“It is seldom advisable to tell all. Be sparing, for instance, in the use of adverbs after “he said,” “she replied,” and the like…Let the conversation itself disclose the speaker’s manner or condition.”

Opening up the last chapter I worked on, I went through and cut every adverb and verb I could find. Which meant I was editing 95% of my dialogue. Confronted with so much slashing, I realized I was relying too heavily on the writing to tell the story instead of allowing the actions and dialogue to speak for themselves. Me, the writer, was interjecting in the story like an unwanted voiceover when I should have been an observer.

While burning and slashing all words ending in -ly or -ed it became clear I couldn’t just edit out adverbs and verbs to create good prose.

“Of course it is,” he said sneered, “I used to work in a Parisian bakery.”

Better without the adverbs and verbs but still not great. It took time and patience and lots of what-the-hell-am-I-doing-can-I-even-write-well? but I found some tactics to remove those life-draining adverbs and verbs to write drastically better dialogue. Here are my top three tips:

Connotation is your friend

If you’re not using adverbs to describe the way your character says something, then use the connotation of their words to convey their feelings. For example, “I like coffee” has a variety of meanings depending on how it’s said. The character could be ironic, sarcastic, enthusiastic, or anything. Instead of modifying the verb said try modifying the content of the dialogue.

Already modified the content of the dialogue as much as you can? Try describing what your character is doing before, during, or after they speak. Grinning, fidgeting fingers, or slamming a door are more telling than happily, nervously, or angrily ever were.

Revised: “I like coffee,” she said, picking up the sugar dispenser and holding it above her coffee cup for several seconds.

Play off the other characters

Tapped out on using connotations and showing-not-telling? Want to mix it up? Try omitting said entirely and allow your characters to play off one another. Whether responding directly to each other’s tone or indicating it by their response. Just make sure to set up the scene beforehand so your reader knows who is speaking as they follow the back and forth.

She picked up the up the sugar dispenser and held it above her coffee cup for several seconds.

Learning to cut adverbs and verbs from my dialogue was difficult and painful process. To be honest, I still catch myself trying to sneak some adverbs or verbs in after said. But if I want strong dialogue and a strong story, I need to drop my ego at the page and let the characters speak directly to the reader. Writers are a vessel for their stories. They shouldn’t interject their thoughts anymore than the paper and ink do.

Citation: Strunk, William, and E. B. White. The Elements of Style with Revisions, an Introduction, and a Chapter on Writing. Longman, 2000. 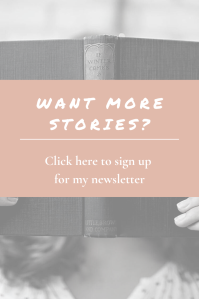